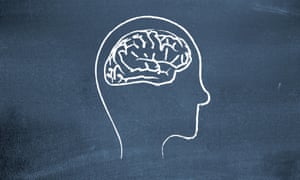 Two articles for you today, both about the same thing… perhaps.

On the one hand we have the very real phenomenon of endless content being consumed by anyone growing up in the smartphone era. On the other hand we read that #memory is the key to learning. Is it possible that massive amounts of mental detritus could get in the way of memory formation? Or is thi the same thing people worried about with the advent of television (we all turned out ok… right?)

The average American teenager is spending about nine hours a day on entertainment media alone. Is this really the huge problem it’s made out to be? Partly, yes – because while they are engaging with a lot of information during those nine hours, they are creating barely any content of their own in this time.

A remarkable phenomenon occurs when two neurons communicate regularly with each other: the efficiency and strength of the connection increases. This process, called long-term potentiation, is now considered to be a major mechanism by which memories are stored. In addition, dendrites (short-branched extensions of the nerve cell) have a remarkable ability to increase in both size and number in response to learning. This highlights the amazing nature of the brain – it rewires itself and strengthens its connections to store new experiences.

Since the dawn of time, learning and memory have gone together like bread and butter, up and down, spaghetti and meatballs. These two phenomena are so intricately linked that understanding the basics of how we remember can help teachers when designing lessons.